OPA Picnic and Scrabbletry on July 12th in Bexley 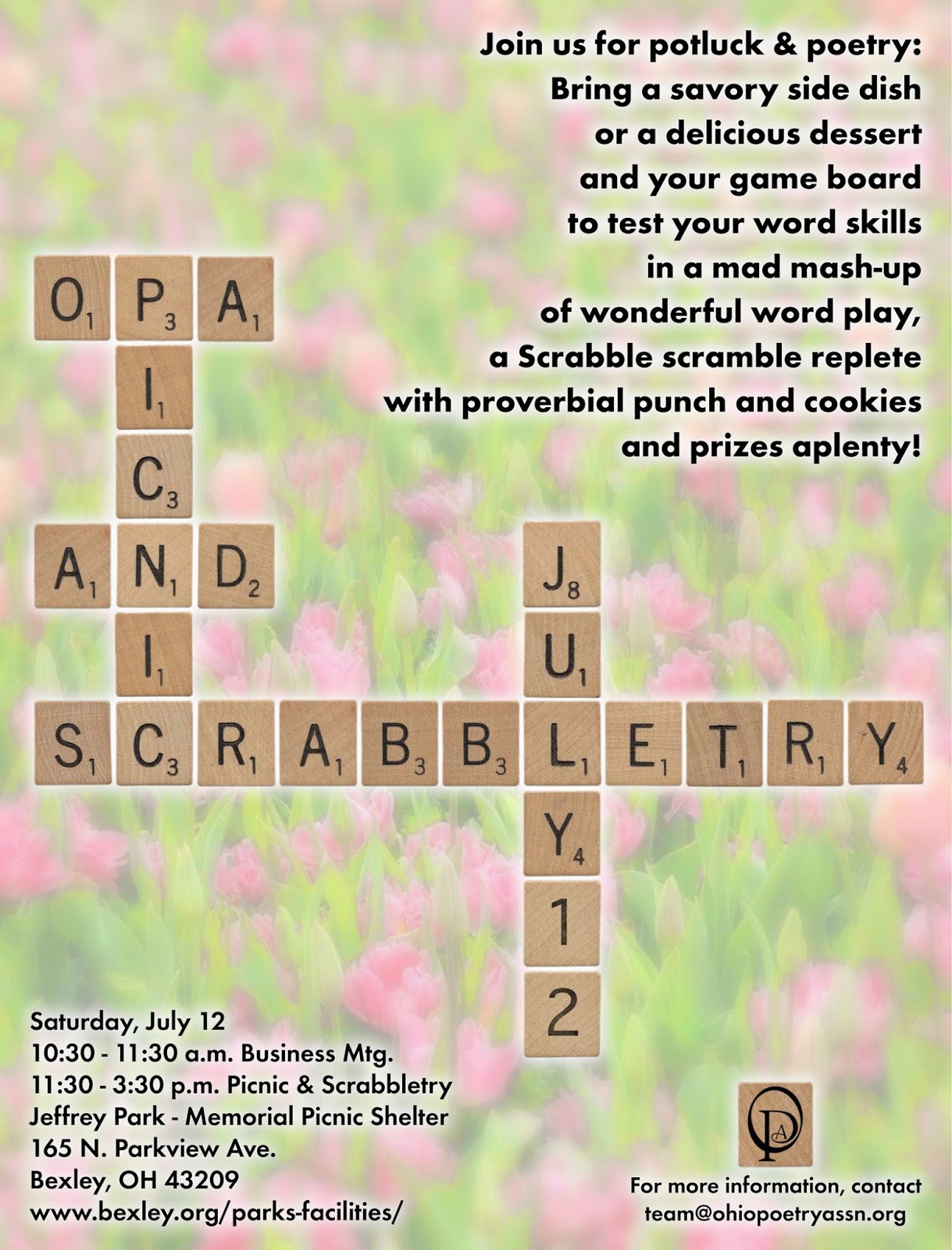 Posted by John B. Burroughs at 2:36 PM No comments:

Will Ohio Have a Poet Laureate? (by Steve Abbott)


BIG news for poetry in Ohio: the State Senate is considering legislation that would create the post of Ohio Poet Laureate.


The proposed law, Senate Bill 84 (SB 84), was introduced by Senator Eric Kearney, D-Cincinnati, (9th District). Under provision of the bill, the Ohio Arts Council would administer the selection process and provide recommendations to the Governor, who would make the final selection.
Most other states have already established Poet Laureate posts. Ohio neighbors West Virginia and Indiana have two of the more successful programs.

OPA Vice-President Chuck Salmons and Common Threads Editor Steve Abbott met with Senator Kearney on April 9 to discuss the bill, offering suggestions that OPA believes will strengthen it. These included shortening the term as Poet Laureate from four years to two and modifying language defining the qualifications for the post.

Most state Poets Laureate serve two-year terms. OPA also recommended to Senator Kearney that anyone nominated to be state Poet Laureate should have significant peer-reviewed publications that go beyond self-publications and vanity presses. Further, OPA suggested that the requirement of providing four annual readings include the stipulation that readings include both rural and urban counties to ensure that all Ohio residents have the opportunity to attend readings by the state Poet Laureate.

SB 84 is significant and long-overdue legislation, and OPA members, our audiences, and our friends can assure its passage. Legislation becomes law when constituents push their elected representatives to approve it. The most effective way to do that is direct contact.

Legislators weigh constituent contact using a simple scale: phone calls are at the bottom, e-mails come next, and letters are golden. So choose how effective you hope to be and contact your state senator and representative. Contact information is available at www.ohiosenate.gov or www.ohiohouse.gov. A short communication identifying yourself as an OPA member and urging your legislator’s support for SB 84 and why it’s important will do the job. Tell your friends to get on board, too. Also, please cc Sen. Kearney on all email or postal letters.

We know this matters, let’s make it happen. Do it NOW.


[JUNE 5th UPDATE:  The Ohio Senate passed S.B. 84, and it has now moved on to the Ohio House for consideration.  So thank your state senator if he or she supported the bill.  And now it's time to write to your state representative.]