This year’s statewide Poetry Out Loud poetry recitation competition produced another memorable set of performances that reaffirmed the value of this annual program.
I was again fortunate to be asked to participate as one of five judges for this year’s competition. The day is a moving experience that offered the excitement of competition as well as a moving aesthetic experience.
The annual Poetry Out Loud program, sponsored nationally by The Poetry Foundation and in Ohio with additional support from the Ohio Arts Council, is a showcase of both talent and poetry’s ability to explore human experience.
Held in Columbus at the beautiful Lincoln Theater on March 7, the event brought together students and their high school coaches from throughout the state. Sarah Binau of Bexley High School edged out last year’s statewide winner, Lake Hilburn of Columbus Centennial, to take first place and advance to the national competition in Washington, DC, on April 28–29.
Sarah placed fifth last year, and Lake went on to place second nationally in 2014.
The judges work from a set of guidelines to assess each participant’s presentation, but evaluating any type of performance admittedly has subjective elements. Each judge may see a given performance slightly differently, including in such areas as presence and difficulty of the poem selected by the student from a list of classic and contemporary poems that is revised annually. That range of five viewpoints, along with additional evaluation of accuracy, assures a more balanced set of scores.
Poetry Out Loud is not a performance competition. It is a recitation, and although limited dramatic gestures are allowed, overdoing the performance angle can be costly. This limitation forces participants to focus on the poem itself, to find a way to embody the voice of a poem’s speaker and the soul of its content, rather to rely on a more individualized or personal delivery.
Listening to these impressive students, I heard and felt a number of familiar poems in ways I had not experienced them before. For that alone, aside from witnessing the culmination of what had been months of intense and careful work on the part of the competitors and their coaches, Poetry Out Loud offers a revelation and reminder that both readers and writers of poetry are channels—vessels, vehicles—for something more than ideas or feelings or opinions, that the attention that the writing and reading of (and yes, listening to) good poetry demands is in truth a path to some form of self-discovery, often surprising and never insignificant.
I suggest that all OPA members consider attending the statewide competition next year, which is likely to be the first weekend in March. I guarantee a rewarding experience that will remind you how important it is for a reader/speaker to truly own a poem in the way that nothing but memorization can allow.
For more information about Poetry Out Loud, visit www.poetryoutloud.org. 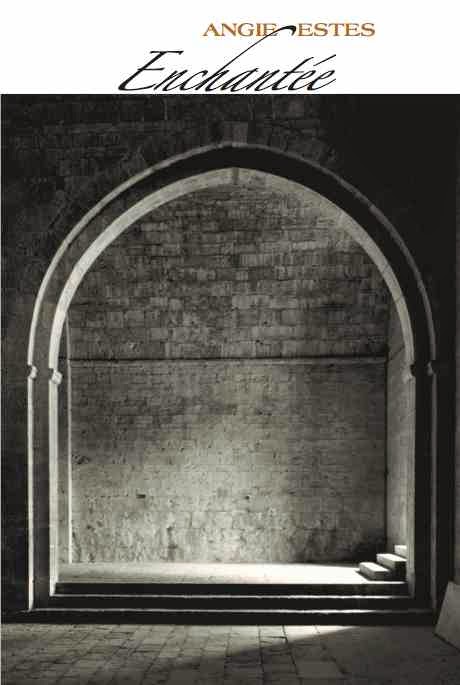 “That is fantastic news for Angie and Ashland University,” said AU Interim Provost Dr. Douglas Fiore.  “This speaks not only to Angie Estes's work, but to the quality of our entire MFA program.”

Dr. Stephen Haven, director of AU’s MFA program, agreed. “This is a huge achievement for Angie – it is the biggest cash prize in the U.S. for a book of poems -- and a reflection of the type of writers we have hired for the MFA faculty here at Ashland University,” Haven said.

“Our faculty members in both poetry and nonfiction have won major national prizes, and we just hired equally talented and accomplished fiction writers for the faculty, one of whom – Celeste Ng – just had her 2014 novel selected by Amazon editors as a Best Book of the Year, one of 20 books on that list,” Haven noted.

Estes, who won the award for her book Enchantée (Oberlin College Press), will receive her award at a ceremony to be held April 16 at Rose Hills Theatre in Smith Campus Center on the Claremont Graduate University in Claremont, California.

“The unprecedented number of submissions this year represents a wide range of poetic voices and visions,” said Wendy Martin, director of the Tufts Poetry Awards and professor of American literature at CGU. “The competition was fierce, and the selection of the winning books was especially challenging. This gives us great confidence that contemporary American poetry is vital and thriving.”

The Kingsley Tufts Poetry Award, which is offered through the Claremont Graduate University, is among the world’s most generous and distinguished prizes for books of poetry. The award is given annually for a book by a poet who is past the very beginning but has not yet reached the pinnacle of his or her career. The Kingsley Tufts Poetry Award, now in its 23rd year, was established at Claremont Graduate University by Kate Tufts to honor the memory of her husband, who held executive positions in the Los Angeles Shipyards and wrote poetry as his avocation.

The recipient of many awards, including a Guggenheim Fellowship, a Pushcart Prize and the Cecil Hemley Memorial Award from the Poetry Society of America, Estes has received fellowships, grants and residencies from the National Endowment for the Humanities, the National Endowment for the Arts, the Woodrow Wilson Foundation, the American Academy in Rome, the Lannan Foundation, the California Arts Council, the MacDowell Colony and the Ohio Arts Council.

[Taken from the Ashland University press release]
Posted by John B. Burroughs at 8:45 AM No comments: