Join OPA in Baking Up Some Poetry

Feeling hungry for inspiration and freshly baked bread? The Ohio Poetry Association is teaming up with the Glass Rooster Cannery in Sunbury, Ohio, for a unique cook-and-write workshop. Space is limited, but any are welcome! In this late summer activity, you will join a group to personally make (and later lunch on) homemade bread. These sensory experiences will influence a bit of freewriting, followed by a reading of the group's poems.

To further elaborate on this event, we've posed a few questions to Terry Hermsen, editor of O Taste and See and English professor at Otterbein University, and Robin Mullet, OPA member who writes the Muse Clues column for the newsletter and is organizer of the event.


1. Robin, what prompted this workshop to combine food and poetry?
“Our president, Chuck Salmons, had brought up the idea at an OPA meeting, mentioning that Terry Hermsen and David Lee Garrison had edited and published a food-inspired anthology. I love food poems and those two poets, so I volunteered to organize it.”


2. Terry, how do you believe cooking influences the written word?
“It's funny how two such seemingly different things as cooking and poetry can actually be so closely connected. But the word 'poet' actually goes back to the word 'maker'. To be a poet means to stir up some ingredients and see how those textures, spices, and substances merge. There are recipes, of course, but it's the invested soul of the writer that makes the meal.”


3. Robin, what do you hope to see happening at this event?
“First and foremost, I hope people get inspired to write poetry, and secondly, I hope they have fun! I think the hands-on experience of bread making will heighten all of our senses and give our muse a jump start. And the grounds at Glass Rooster Cannery are really lovely.”


4. Robin, what could a newcomer expect from a poetry workshop?
“If you are new to poetry workshops, you will discover how poets share and care about each other’s work. But you are never forced to share if you don’t wish, so don’t be afraid. I always take something helpful from a workshop even if I don’t write a single decent line that day. Also, poets are some of the most fun people I’ve ever met and we love to eat!”


5. Terry, you were an editor of O Taste and See – Food Poems. Could you recommend any other sources of food-inspired poetry?
“As for other anthologies, I've only seen a few. But the more recent The Hungry Ear, edited in 2014 by Kevin Young, looks rather fine to me. It includes some of the same poems as the now-out-of-print O Taste and See, and is organized in much the same way with poems gathered around such topics as 'Spices' and 'Meat and Potatoes' and even 'Souplines'. Our anthology was so much fun to put together, but one could go out and create one's own. Food connects to family, history, politics, culture... and to our own individual sense of taste and memory. Who would've thought?”


For info on registration and directions, please visit the OPA website Events page here. The sign up deadline is August 1.


Thanks to the Glass Rooster Cannery for providing this delightful place in which to create. We hope you'll join us to bake up some poetry!

Posted by Ohio Poetry Association at 8:11 PM No comments:

Share your ideas with people of like-mind and get motivated by their encouragements and experiences.― Israelmore Ayivor, Shaping the Dream 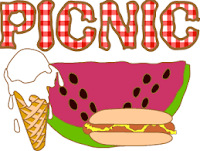 This year’s July OPA Quarterly Business Meeting and All-Star Picnic will be held at the beautiful Jeffrey Park, Memorial Shelter located at 165 N. Parkview Ave., Bexley, Ohio 43209.
The park is a 40-acre recreation area on the east side of Columbus, complete will all the amenities—hiking trails, playground for children, kayak and canoe ramp, tennis courts, and restroom facilities—the perfect setting for this year’s annual outdoor poetry event. The picnic is open to OPA members and their friends and family, or anyone who is looking for a great afternoon of potluck and poetry. It’s that time of the year when in the beautiful out-of-doors, we can share our ideas and words with people of like-mind and get motivated. 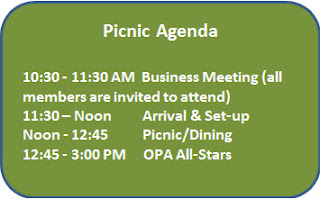 The program promises to be wonderful: Ohio poets communing with fellow poets in a casual setting, featured readers, contest winners, and special guests. There will be raffles—including the grand prize of the original watercolor painting by Deb Grenert, used as the cover of the 2013 issue of Common Threads. And of course, we’ll have an open-mic where members and guests will be invited to share a poem of their own. As usual, the event is a potluck, so bring your favorite dish to share. Also bring a beverage. Paper plates, napkins, cutlery, and cups will be provided.

Our featured poets will include Darren C. Demaree and Sharon Fish Mooney who will be reading from their recently published books.

Darren C. Demaree is the author of five poetry collections, most recently The Nineteen Steps Between Us (After the Pause, 2016). He is the Managing Editor of the Best of the NetAnthology. Currently, he is living in Columbus, Ohio, with his wife and children.

Members may recognize the name of Sharon Fish Mooney, who is the chairwoman of the OPA high school poetry contests. Sharon will read from her new book, Bending Toward Heaven – Poems After the Art of Vincent van Gogh (Wipf and Stock/Resource Publications, 2015). Sharon won the inaugural Frost Farm Prize for metrical poetry. She also is currently editing an ekphrastic anthology of poems by Ohio poets on art in Ohio for the Ohio Poetry Association. She teaches research online for Regis University and Indiana Wesleyan and lives in Scio, Ohio.

Other poets featured will be the Ides of March Contest winner, Benjamin Dugger, and winning student poets from this year’s OPA High School Contests. We hope to see you all there next Saturday.


There is parking and access to the Memorial Shelter by using the Clifton Avenue entrance, just west of Parkview Avenue. You can also park in the Jeffrey Mansion parking lot off Parkview Avenue and then walk down to the park behind the mansion.